Going for the Gold

As recent Parshas have centered on the first Jewish couple, Abraham and Sarah, it’s fitting that we wish a hearty Mazel Tov to long-time Temple Zion members, Cal and Riva Outstatcher, who just celebrated their 50th Wedding Anniversary.


The patriarch and matriarch of a large, wonderful family generously shared their thoughts and tips on reaching this Golden Marital Milestone.
“I’ve always looked at others celebrating their 25th and 50th anniversaries and wondered what it would feel like -- and here it is,” says Riva, who first met Cal in high school.
“Our parents worked four stores away from each other – my father in a food store and his parents in a housewares shop in the Bronx,” she says.
Married at age 22, Riva says the pair had three children and practiced the art of communication early on.
“During the first 7 to 10 years, it can be a trying time.  We’ve seen 50 percent of our high school friends go through divorces.  It takes understanding, respect and communication.  When something bothers you, you have to discuss it.  We were always able to talk,” says Riva.
Being conscious of what you say and how you say it to your spouse is equally important.
“Often, couples scream at each other and say things that they shouldn’t in the heat of anger.  This causes stress on the relationship.  You can’t take those things back.  We’ve never had that kind of a problem,” says Cal, who says he knew Riva was ‘the one’ as soon as he saw her in his high school Spanish class.
When on occasion tensions rise, “I just dismiss it if Riva gets mad at me.  I let it go in one ear and out the other. I don’t want to get mad at her, so I just shut down, which works for me,” says Cal.
Keeping the fun alive in their relationship has helped to sustain it.
“Vacations are great – you forget your troubles,” says Riva.
Weekly ‘date nights’ have also strengthened their bond.
“When we were raising children, we needed a night out away from the kids.  It was important that we had time to ourselves,” says Riva.
Dancing is another pastime the twosome enjoy immensely.
“We love to dance.  Riva taught me everything I know.  She’s always been a great dancer.  I consider myself good, but only with her.   We have rhythm together,” says Cal.
Socializing their kids often --with extended family including cousins – proved beneficial too.
“We’re so fortunate that our kids' kids like each other – they grew up together.  If you don’t mingle with your family, your children don’t know how to act around one another.  We have a close-knit family because we socialized together constantly,” says Riva.
Negotiating is another skill to sharpen for matrimonial bliss.
“I gave up pushing Riva to go to Florida for the winters.  She has cats and grandkids and doesn’t want to go.  I don’t agree with it, but I understand it.  This year, I got her to agree to 9 weeks of vacation (non-consecutive),” says Cal.
Though courtship stomach butterflies come and ultimately fade to a ‘comfortable’ norm, building a life with someone shouldn’t be taken for granted, says Riva.
“This is your partner.  A lot of things can happen.  I don’t think about the future. I think about right now. You have to enjoy every day and make every day count, because you don’t get it back,” she says.
Thank you Cal and Riva! Wishing you more years of happiness, peace and love!


Posted by Erika Prafder at 7:56 PM No comments:

A Time for Engagement

By this time next week, our dear Rabbi will G-d willing, wed his bride – an amazing young woman and welcome addition to our shul family.

Since accepting his pulpit post a few years back– the first of his career – our congregants have witnessed the evolution and growth of his rabbinical gifts—as spiritual teacher, advisor and orator.  A respect and admiration for his talent and potential exists, along with sincere appreciation for the personal connections he’s made with so many of us.

The timing of this approaching milestone event is especially sweet, with the High Holidays upon us.  As we reflect over the past year, a renewed and stronger commitment to our faith can be felt during Shabbos services, social hall events and beyond the synagogue doors in everyday lives.


Good luck and best wishes to our Rabbi Daniel Vinik and Rachel Fleischer.  Enjoy your wedding in Eretz Israel.  With G-ds help, we look forward to welcoming you back and working together toward continued spiritual growth in the New Year.


Posted by Erika Prafder at 8:53 PM No comments:

A Night to Remember 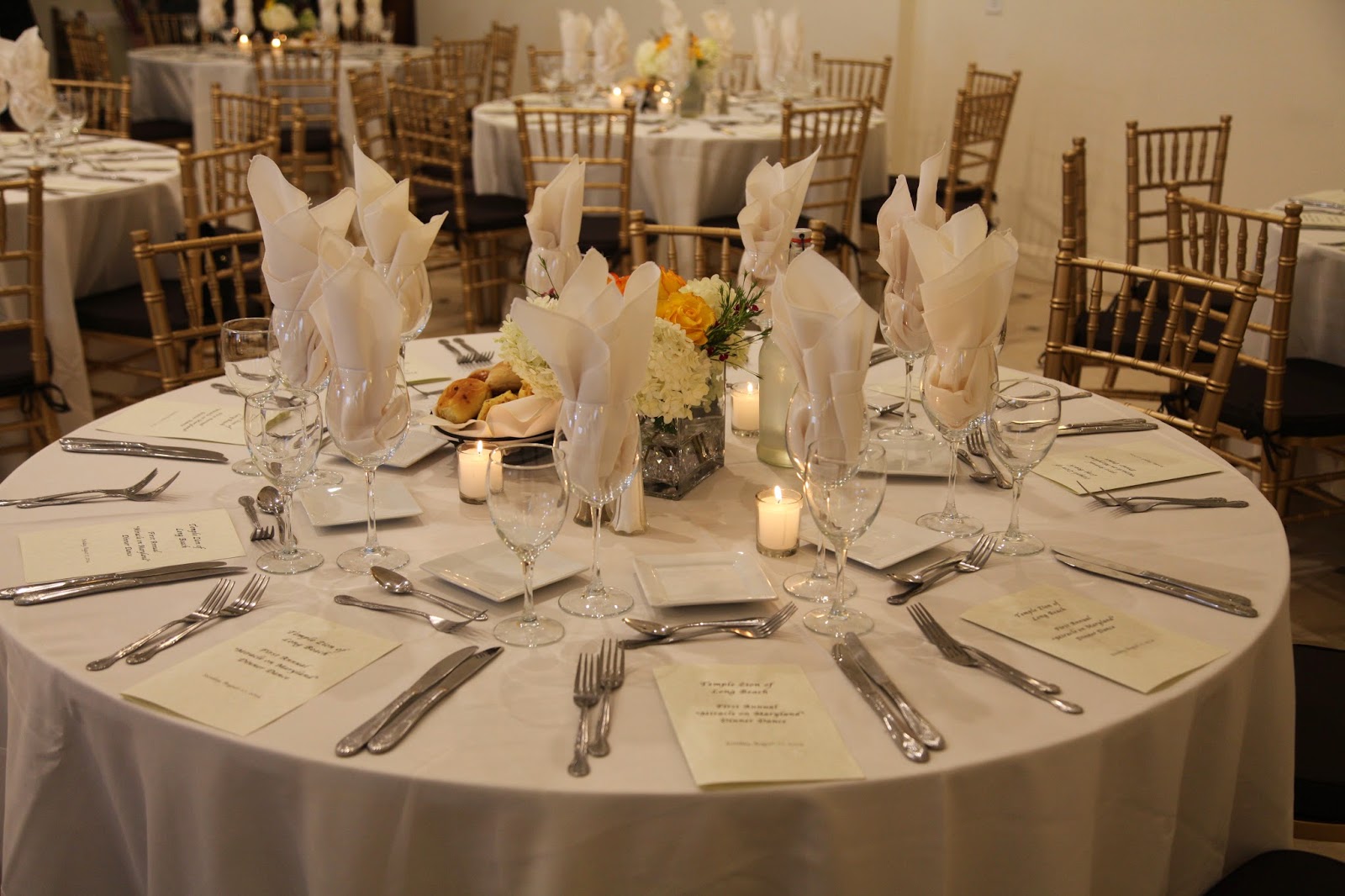 (This speech in its entirety was given at Temple Zion's First Annual "Miracle on Maryland" Dinner Dance, August, 17th, 2014)


When we first began planning our shul’s First Annual “Miracle on Maryland Dinner Dance” – the question arose – why are we calling it this? What’s the miracle? So, in case you too are wondering why…


It was long-time Temple Zion member, Eileen Margulies, who coined the term - in reference to the remarkable “staying power” of our little “Shul by the Sea.”  A shul that’s had its share of challenges.

Read more »
Posted by Erika Prafder at 6:56 PM No comments:

What’s in a Name?

A heck of a holy lot, as our congregation recently discovered.

Following the gut-renovation of our decades-old, original-condition social hall, the time came to properly thank our angel-benefactor and fellow synagogue member.

A dedication plaque was in order along with a celebratory Kiddush in his honor.  But such showing of gratitude was briefly halted, when out of modesty, our miracle-facilitator rejected our suggestion that the gorgeous new space he’d gifted us with, be named for him.

Attempts to persuade him otherwise failed initially, but ultimately, he agreed to name the hall for his late father, Abraham Kurtz.  An a-ha moment indeed!

With the designation of this Biblical name, the essence of Mr. Kurtz – a well-loved, family man-- enlivened many hearts.  Suddenly, our congregation’s sense of identity and purpose soared with higher spiritual value.  Just as Father Abraham embodied qualities of loving kindness, hospitality and peace, so too should we align our personal and communal aims.

For our generous and esteemed donor and friend, the opportunity to memorialize his beloved father in this way, proved to be a pivotal, transformative gift for himself, his loved ones and our synagogue family.

Today, upon entering our once dimly-lit and musty social room, I am grateful for the warmth, love, and marvelous, inspirational light that radiates throughout our new ABRAHAM HALL.

Glancing over at the letters, plaque and bio in recognition of Mr. Kurtz, for whom we’ve been so blessed, there’s a shared pride in being granted the opportunity to try to continue his legacy and that of our Jewish patriarch.

Posted by Erika Prafder at 5:33 PM No comments:

Thank Heavens for Marshmallow Fluff (Or, how to build a Jewish Youth Program) 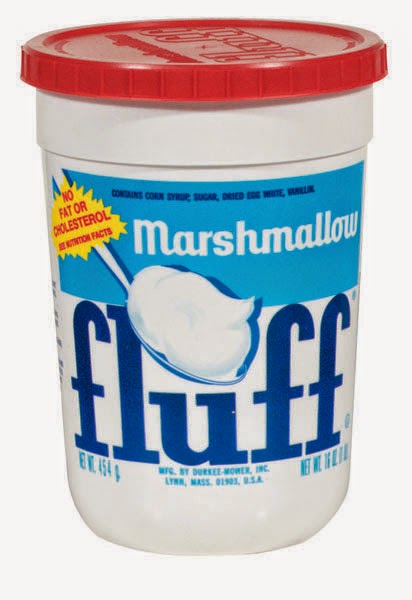 All you need is fluff – and lots of it.


During the summer of 2011, my friend and fellow synagogue member, Robin, and I were just two shul-going gals in desperate need of corralling upwards of 20-plus children, (aged 2 and up) inside our Temple’s small social hall to help ensure a peaceful davening experience in the sanctuary next door.
While we’d no formal training, we’d unofficially and electively served as Shabbas Den Mothers during the winter months and between us were busy raising six youngsters of our own.  However, when the warm season hits, our membership doubles in size.  The added youth energy proved both welcome and disruptive at once.
Where to begin?  For starters, we turned to Torah.  Each Parsha offers an easy-to-branch-off-of lesson plan for related activities and discussions.  We relied on such weekly teachings for inspiration, content and themes.
Things soared in to high gear upon our discovery of a no-fail, time-tested, kid-approved, edible substance – Marshmallow Fluff.
Out of respect for Halakha (Shabbat Laws), we used this sticky white goop as the “glue” for edible Torah Scrolls, Noah’s Arks, and every other eatable, Parsha-focused craft we could think up.  We’d found our fun-factor! Our kids returned each week eager for more Shabbos enlightenment and yes – a sugar high.
Thanks to the support of our congregation and our own dedication, we’re about to launch our fourth Summer Shabbos Youth Program this year.  With two newly-hired Youth Leaders, Robin and I have been freed up to enrich the agenda and supervise it from the sidelines.


The point of all this? We learned that it doesn’t take much to build community or to invest in youth education.  Just a bit of elbow grease, commitment and a certain jarred product found on any supermarket shelf.

Posted by Erika Prafder at 7:53 PM No comments: